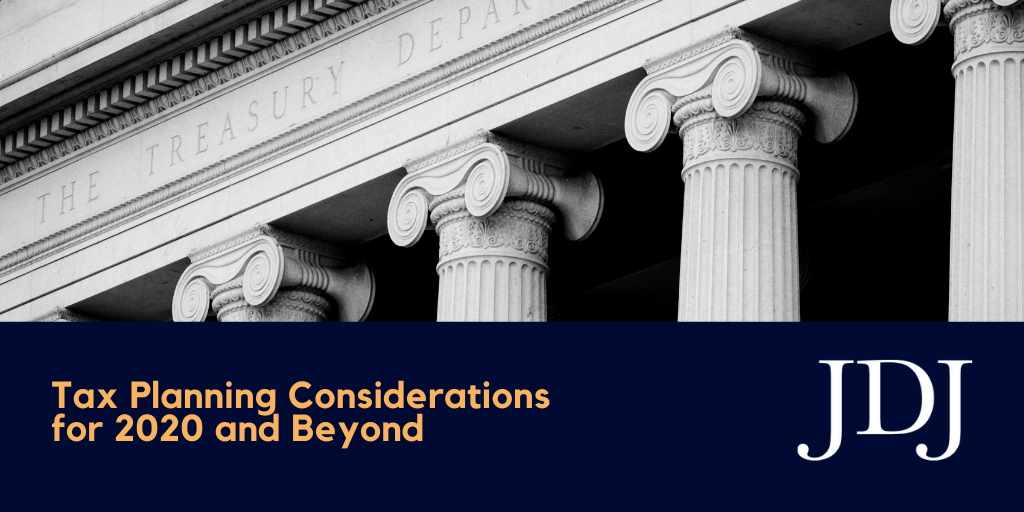 After a very challenging year, many of us are anxious to see 2020 come to an end. Before it does, however, there are a number of tax planning items to consider.

Now that Joe Biden has been elected the next President, it’s time to take a closer look at his proposed tax plan. We have already seen a number of tax law changes in 2020, particularly with the passing of the CARES Act earlier this year.  It appears certain that more changes are on the way as a result of the change in administration in the White House, although the details and mechanics are unclear at this point. It’s important to keep in mind that the implementation of many of these provisions might depend on the makeup of the Senate, which will be determined by the runoff election for the two Georgia Senate seats in early January.

In this article, we explore two major areas: charitable contributions and capital gains, and focus on planning opportunities. We also outline some other significant tax law changes proposed in President-Elect Biden’s plan that would affect HNW individual taxpayers.

As such, many CPAs are advising clients to accelerate charitable donations in 2020 to take advantage of the favorable limits currently in place under the CARES Act. The CARES Act allows for deductions of cash charitable contributions up to 100% of adjusted gross income (AGI), an increase from 60% of AGI in prior years, as well as an “above-the-line” (before AGI) deduction of $300 for cash contributions.

Massachusetts Residents:  Starting in 2022, individual taxpayers may also deduct charitable deductions on their Massachusetts state tax return, whether or not they itemize deductions for federal tax purposes. This deduction had been suspended since 2001. Deductible charitable contributions will be prorated for part-year residents, as well as non-residents earning income in Massachusetts.

Biden’s plan provides for an increase in long-term capital gains (LTCG) tax rates for high-income taxpayers. In his proposal, the top marginal tax rate for individuals reverts to 39.6% (currently 37% under the TCJA) for those earning at least $400,000 per year. Long-term capital gains would be taxed at the 39.6% rate (i.e., as ordinary income) for individuals earning over $1 million per year. There would be no change in LTCG rates for those making under $1 million. The Net Investment Income Tax (NIIT) of 3.8% would also remain in effect for individuals exceeding the NIIT income thresholds ($200,000 if single, $250,000 if married filing joint).

Other Proposed Tax Changes under the Biden Administration

As with any tax planning, it is imperative to work with qualified advisors to evaluate these matters, and make sure that your investment strategy and cash flow planning is not compromised. Please contact me or a member of your JDJ team for assistance.